Disclosure: This post may contain affiliate links. I receive a small commission at no cost to you when you make a purchase using my link. This site also accepts sponsored content

Whether you are making stuffing for Thanksgiving, Christmas or because you are having turkey or chicken, stuffing is a classic to make. While you can buy stuffing in a box, it is incredibly easy to make stuffing from scratch.

Stuffing is a delicious side dish to Thanksgiving or Christmas or whenever you have turkey or roasted chicken. It takes very little time to make and it is considered a classic for holidays or turkey dinner. While I am sure there are complicated stuffing recipes, the 23 amazing stuffing recipes listed here are easy stuffing recipes.

How to Make Stuffing

Stuffing is all about the bread, whether it is cornbread, white bread or oyster crackers. If you are using fresh bread, you will want to dry it, either on the counter overnight or in the oven. You can also buy dried bread ready to use, but this way tends to be a little more expensive since someone else has already done the cutting and drying process. Drying the bread lets the bread absorb whatever moisture you ware using for the stuffing and that means it can absorb the flavor. There are a lot of things that can be added to stuffing that adds flavor. Things like herbs and onions, different meats like sausage, just about anything you like the flavor of can be added to your stuffing.

What is the difference between stuffing and dressing 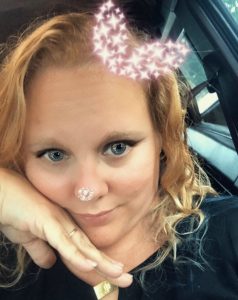 Hi. I'm Debi. I have been a blogger for 8 years. I love food and I am a bit cookbook obsessed. I am always looking for another great tasting recipe. I wanted to share my favorite recipes in hope that you will enjoy them too.
Message me at Admin@mamalovestoeat.com if you want to chat about anything. You can also reach me with #MamaLovestoEat, on social media, if you make any of my recipe and want to share. I can't wait to see how these recipes come out for you and what you think.

We are a participant in the Amazon Services LLC Associates Program, an affiliate advertising program designed to provide a means for us to earn fees by linking to Amazon.com and affiliated sites

We are a participant in the Amazon Services LLC Associates Program, an affiliate advertising program designed to provide a means for us to earn fees by linking to Amazon.com and affiliated sites